Hardanger lace seems to have had a long journey before it settled in the far North and became associated with Norway. This lace technique, which is most often today viewed as a Norwegian lace, appears to have started back in ancient Persia. The Renaissance finds this lace being brought to Italy, where it was reworked and renamed Reticella, Punto Taglito and Punto Rialto. It wasn't until the mid 17th century that this type of lace moved northward through Europe, getting renamed and slightly changed in each area. Versions of this lace were known under the names Ayrshire work in England and Scotland, Hedbo in Denmark and Hardanger in Norway. One also encountered Hardanger lace being called Hardangersom, which actually means "work from the Hardanger area of Norway". Hardanger was also known as Norwegian Drawnwork at first. This lace is a form of whitework, although color was also used. The ground fabric is usually a loose weave that makes the patterns easy to work. The geometric patterns and weave work that characterize this lace were most often done in cotton or linen. The Hardanger area had a good flax crop, which was used in the early days of this lace-making. 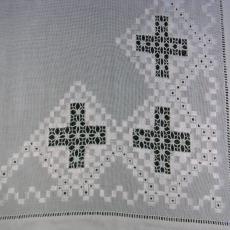 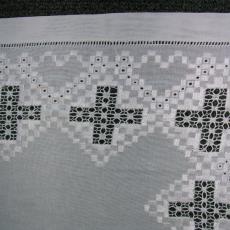 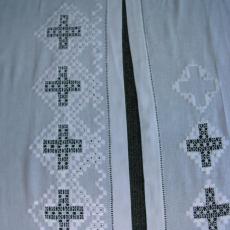 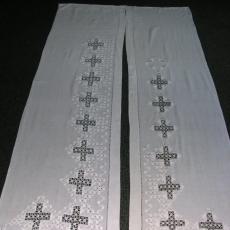 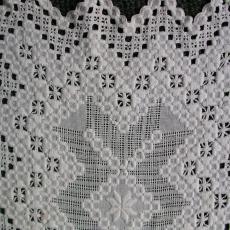 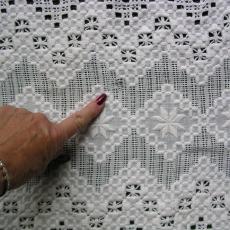 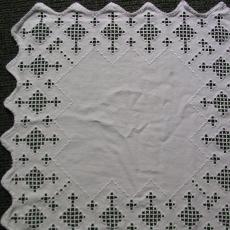 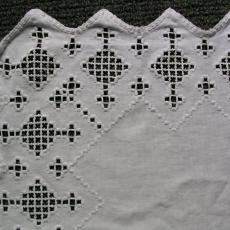 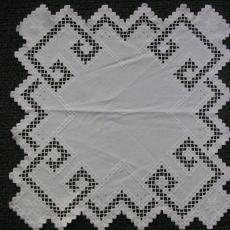 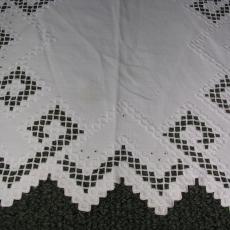 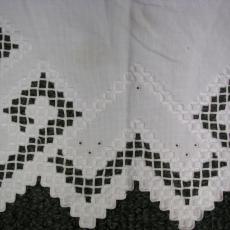 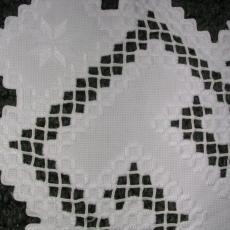 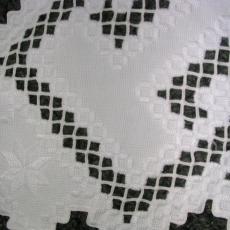 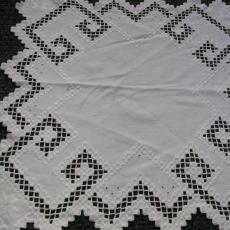