Limerick lace derived its name as many other antique laces have, from the name of the town it originated in or was worked in. Many lace techniques were brought to a particular area by someone who set up the original lace works and fostered it. In the case of Limerick lace, it was Mr. Charles Walker who was often called the Reverend Walker. He had planned to go into the Church, but never actually became a reverend. He instead decided to become a lace maker and begin a lace works. It is said that his wife''s father was a Nottingham lace manufacturer. Most histories agree that he and his wife settled in Limerick, Ireland in 1829, bringing a group of lace workers from England with them. Limerick lace, like Carrickmacross was worked on a net ground, and was often a combination of cut-work and embroidery. Tambour lace and needle laces are often considered types of Limerick lace. Tambour is done with a hook and needle laces with a needle, both on net mesh grounds. 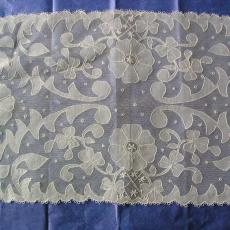 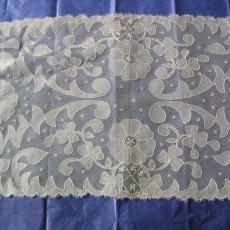 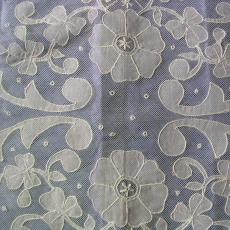 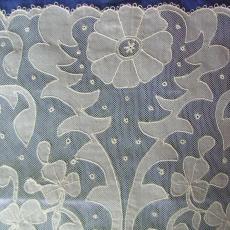 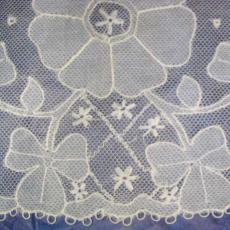 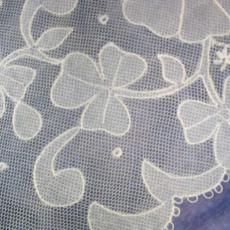 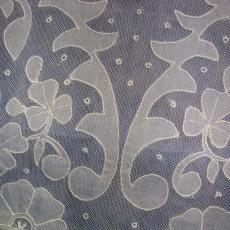 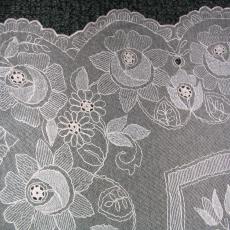 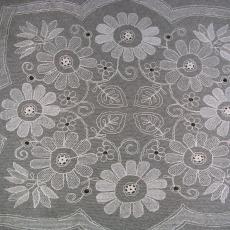 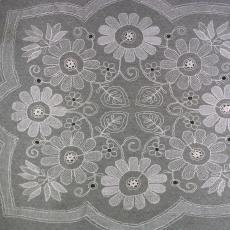 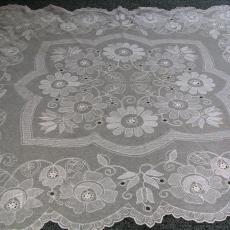 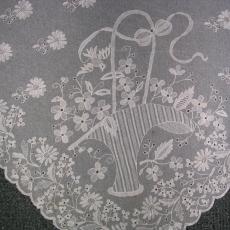